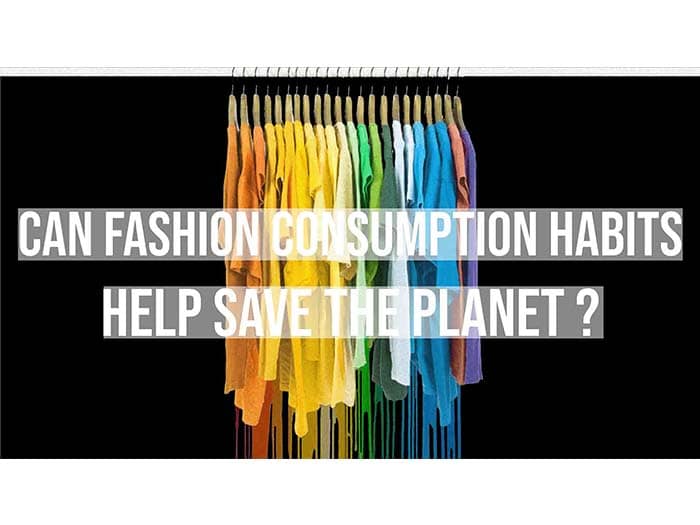 Always a new collection, more and more affordable clothes to encourage more consumption: The success of ready-to-wear has revolutionized the way we buy clothes, but has made fashion one of the most polluting industries.

Can we break our consumption habits and help save the planet?

“People who have changed the world, have not needed much clothing. That is why you can change the world using Downy so that the clothes last longer in your closet and not the environment.”

This touching campaign raises a big concern: the way we dispose from our clothes can truly affect our planet.

According to a report from the Ellen MacArthur Foundation, the fashion industry produces 53 million tons of fiber each year, of which more than 70% ends up in landfills or bonfires and less than 1% is used for recycling.

Moreover, more than half of the disposable fashion production is eliminated in less than a year. A truckload of clothes is wasted every second around the world, wasting energy and resources.

A United Nations report estimates that 7,500 liters of water is needed to make one pair of denim/jeans, the equivalent of water drunk by a human for seven years. Water is essential for all stages of clothing production, and is also essential for applying dyes and chemicals. According to the Ellen MacArthur Foundation, ninety-three billion cubic meters of water is used by the textile industry each year.

And it’s not only water! Oil, which is used to fabricate polyester, a synthetic fiber that has become in the last two decades the most used material in ready-to-wear because it is inexpensive and more resistant than cotton, is not a renewable resource.

Indeed, textile fibers contain chemicals, mainly detergents from laundry or perfumes, and microplastics, contained in polyester or acrylic polymers. These particles are released into the oceans during washing and take decades to degrade. More than a third (35%) of the microplastics released into the oceans come from washing textiles, according to the International Union for Conservation of Nature (IUCN). Due to the toxic chemicals from clothes production that are regularly dumped in the Citarium river for instance, millions of Indonesians can’t drink from “the world’s dirtiest river” where pollution roams freely unless they want to get poisoned.

Destroying unsold items, mostly by burning them and turning them into smoke is a common practice for luxury brands. The luxury brand Burberry destroyed in 2017 clothes and cosmetics worth more than 31 million euros to protect its brand. “To put an item on sale is to devalue the product,” said the British brand. And why they wouldn’t send them to charitable associations? Because it “ruins the image”.

You can find out more about which cookies we are using or switch them off in settings.

This website uses cookies so that we can provide you with the best user experience possible. Cookie information is stored in your browser and performs functions such as recognising you when you return to our website and helping our team to understand which sections of the website you find most interesting and useful.

Strictly Necessary Cookie should be enabled at all times so that we can save your preferences for cookie settings.

If you disable this cookie, we will not be able to save your preferences. This means that every time you visit this website you will need to enable or disable cookies again.